SEM Lab, Inc. has seen a number of knit line related failures in multilayer ceramic capacitors since 2002 when three different cases appeared (i.e. different clients & different MLCC manufacturers). Here are some examples of what this defect looks like … 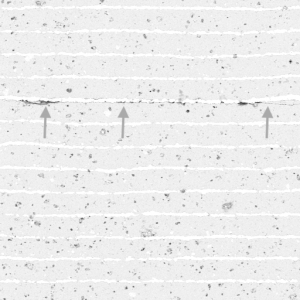 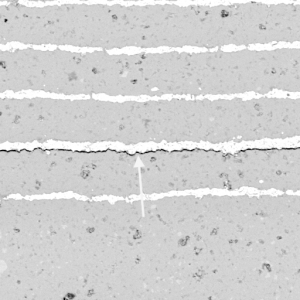 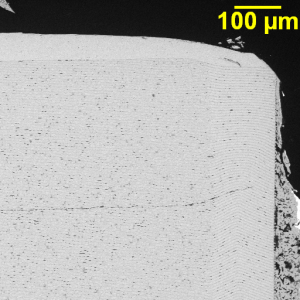 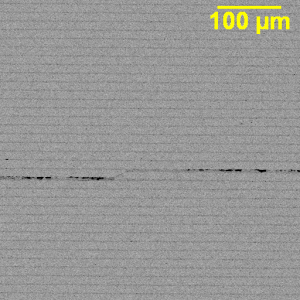 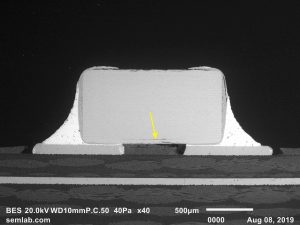 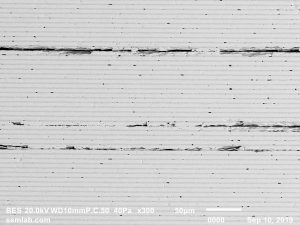 A plot of the cumulative analysis tasks performed by SEM Lab, Inc. that involved knit line related failures is shown below. It is not clear if the up tick in these occurrences is real or not because of the limited data set. However, this may be something to be concerned with because this can be considered a latent defect that is rather difficult to screen out.  This condition does not significantly affect electrical parameters of the capacitors and is not typically visible in non-destructive techniques such as x-ray imaging.  The knit line fractures tend to cause damage in the adjoining dielectric layers and often cause secondary fracture in the dielectric between opposing electrodes resulting eventually in internal short circuits. 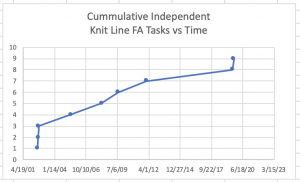 Knit line fractures are considered a capacitor manufacturing defect caused by lamination problems such as poor adhesion between the metal and dielectric layers.  As such, it should be routinely monitored using microsection analysis on a suitable sample of each production lot of capacitors.  However, the rate of occurrence may be too small to be detected in lot samples.  That might explain why we continue to see knit line fractures in our laboratory.